I recently bought a cabinet on ebay for just £25.00. It's traditional look has been made out of MDF. This is a material that is made from hard and soft wood fibres which have been broken down and pressed together. To disguise the process it's often coated in paint or a wood effect veneer finish.


I should imagine you have some furniture made from it in your house, most people do. Despite it being a fabricated wood and less expensive to make, it still not cheap to buy. A piece of furniture made from it is going to be at least £150.00, the more stylish the piece the more expensive it becomes irrelevant of its structural content. If you do have some MDF furniture you may have noticed that the corners of the piece are becoming frayed; wear and tear have caused the layers of wood fibre to decompress. Also the wood or veneer may have become chipped which leaves the bland, industrial looking MDF underneath naked to the eye. No matter how you might try and sell it this can never be considered shabby chic! It's frustrating if you've bought furniture like this new, I can imagine my cabinet costing £350.00 originally. This fraying is why most of this type of furniture ends up in landfill when no longer wanted - but it can be salvaged.

Mother Nature's Working Against Me!

My idea for the furniture was to paint it with chalk paint as it can go on veneered wood and cover it effectively. I was then going to hand paint roses on it - my first time doing this - and finish it with craqueler to give it an aged affect. However nature was not my ally - what's that about? Does the Earth not know I'm trying to save it one reclaimed piece of furniture at a time! I always refurbish furniture in my conservatory. It has the space and The Little One can't get in there if I don't want her to. It has a polycarbonate roof and most of the time it's wonderful, even the lightest of showers sound as if the rain is drumming down which I love. It adds to that sense of cosiness in the home, as if storms are blowing and you are safe and warm from the elements inside. It reminds me of the Norah Jones song Come Away With Me, And I want to wake up with the rain, falling on a tin roof, while I'm safe there in your arms except in my version it's more.. And I want to pour some tea with the rain, falling on the conservatory roof, while I'm safe there with some scones.... It may be less sexy, but I am English and everyone loves scones.
The downside of the polycarbonate roof is that over time they can develop leaks and we have been completely unable to locate where ours is coming from. The worse thing is that the leak seems to move around the whole conservatory. So in a typical rainy spring my poor cabinet has been rained on causing the MDF to warp and bubble. In trying to save it I've moved it around the conservatory, but the leaks moved as well and a new patch of water damage has developed each time. As a result this project has taken so long and is only half finished! So I'm going to show you how I did the upper cabinet and, as I'm in France again at the moment, when I return I can show you how to salvage any water damaged MDF pieces you have.

The first thing you need to do is clean the surface of the wood so that the paint can adhere to it. This cabinet was caked in a greasy film on its top where it had obviously had the front cleaned but this area had been left. Over the years grease had accumulated into a glue like texture - bleugh! It's tempting with something like this to use a strong chemical and lots of liquid to get the job done quicker. However with MDF you don't want to warp the layers so I use a spray bottle and a green scouring pad, not wire, with some elbow grease. It takes longer but there's no point rushing and creating more work.

Next remove all the hardware and doors to make painting easier. When removing cabinet doors I find it easier to remove the bottom fixtures first as removing the top ones can mean the door will swing about more whereas gravity works for you in trying to keep the door relatively stable whilst working on the remaining top fixture.
This cabinet also had light fittings so I removed them. It's actually really easy to do as they're just inserted through a hole in the wood and held in place by a metal bar and some screws. Removing them also means that you can exude on which side you want the flex to fall when reinserting, making it easier to plug in when in situ. I've added photographs of the reinsertion of the lights so you can see how easy they are.

Now to start the painting. Anyone reading my blog regularly will know I often use chalk paint. It's easy to apply as you don't need to sand down which, to be honest, I always do a poor job on this part as I'm too eager to get going. I've often talked about Annie Sloan pain and Autentico. I like Autentico as it comes in a wider variety of colours and it goes on thinner so you don't have to sand it to get a smooth finish like Annie Sloan paint. However the latter is brilliant for a project like this as it goes on thicker and so covers a dark surface, like the veneer on my cabinet, far more easily. Also as I was going to use craqueler I wouldn't need to sand it to get a smooth finish, so it was a win, win! The other benefit of Annie Sloan for this project is that its thickness means it covers plastic really well and, if you look at the pictures of the cabinets doors closely you'll see, the glass in the cabinet has been held in place by plastic strips that couldn't be removed; so it was painting them or having them remain the dark brown colour which you could see through the sides of the cabinet. I added three coats of paint to each surface to make sure they were well covered. As you can see I'm not to fussy about painting the glass, the chalk paint is really easy to remove - you can scrape it off with just a finger nail prior to sealing.

The next step was painting on the rose pattern. I'm quite pleased with how they turned out but, as it was my first attempt, I didn't take step by step pictures. I was too busy trying to work out what to do! I had thought that I could do this on my last panel of the base and that way I could be sure of what I was doing so I could give good advice, but the elements have got in the way for now! As they used to say...."Stay tuned for the next exciting installment.." OK, I'm playing fast and lose with the word exciting there but...

I was then going to add the craqueler, but the instructions on the brand I'd bought were different than others. In most brands you have a two part system, as with this, and you add the first part prior to adding the second. The first part reacts with the paint below causing a cracking affect which gives the furniture an aged appearance, the second part deals the affect. However this one required you to put the first part between the coats of paint and, as I'd just finished painting the roses, it would mean having to paint over it with another coat and then applying the roses again. The difficulty with that was that I was sure if the roses would then too crackle, or they remain in tact making them look inconsistent with the rest if the cabinet. I decided to abandon the craqueler and pally an aged wax finish instead. As with my pink cabinet the wax is applied with a coat of clear wax in a circular motion with a lint free cloth or soft bristle brush. A small amount of dark wax is then applied and another coat of clear wax dilutes this. The wax is then allowed to dry for about 20 minutes and buffed to a shine. The dark wax before being diluted with clear.

On the pink cabinet I used left over gilding paint. However as I'd already applied wax I used something called Gild and Rub which is a gilding wax that can be applied with just your finger. I applied it to cornices and the outline of the glass panes. This can be rubbed to shine once dry. If, like me, you fingers aren't as steady as they could be and you go over any lines just take a bit of clear wax on a cloth and use it to remove any spills. I also used these times to slightly remove some gilding wax to give it an aged look in keeping with the rest of the cabinet. As I'm once again in France with The Little One, The Darling Husband has gone on business to the US, I'm busily picking Grandad France's brain on how to mend my water damaged base. I hope that when I go home I can post on how to fix the cabinet and give details on how to paint the roses.

This is the finished cabinet top; what do you think? 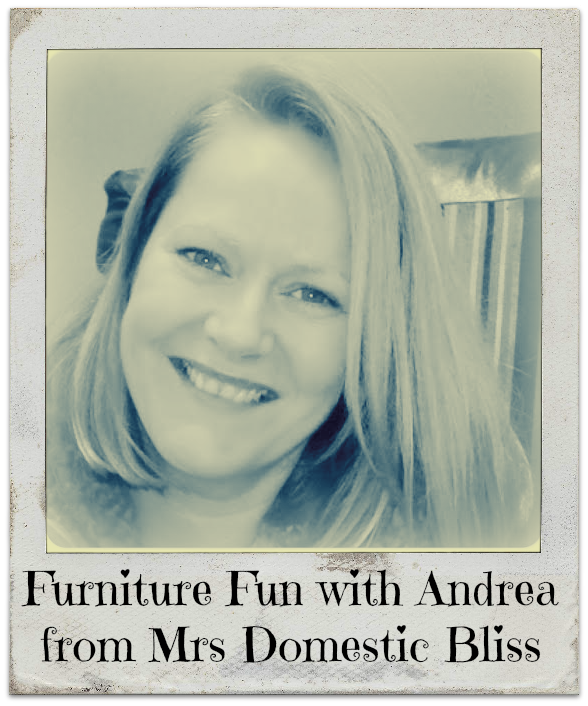 Posted by Mindie Hilton at 3:00 AM