I have been following other blogs and have had fun getting to know everyone better.  I thought it might be nice to tell you a little more about myself.  Here are some things you might not know about me.

I am a middle child with an older sister and younger brother.

I started out as a Food Science major in college and ended up switching to Liberal Studies for teaching.  I taught elementary school for a while but was not as passionate about it as I am with food.

I have worked in many interesting fields from protective custody, real estate, fashion, physical fitness and rehabilitation.

I have two boys one 8 and one that will be 2 in April.

I shamelessly love shows like Dawson's Creek and Vampire Diaries.  I am a huge Twilight fan and although I don't claim a "team" I secretly have Edward ring tones on my phone.

I own every episode of Friends and would challenge anyone to a Friends trivia contest.  I have the board game, lets do this... lol

I love to hike but I hate the bugs outside, so I avoid places with mosquitoes and bees.

I am terrified of rodents and cockroaches.

I have taken four years of martial arts but probably couldn't hurt a fly.

I love Scooby Doo and the old episodes are so much better then the new ones.

The only movies I have ever seen twice in theaters was "Speed" and "Titanic".  I don't have a huge crush on Keanu Reeves anymore but I still watch any movie Leo is in.

Speaking of Leo, the first thing that caught my eye with regards to my husband was that I thought he looked a bit like Leo.  When we met he had longer blond hair.

I have been trying to dress like the cool kids and wear belts outside of my cardigans and shirts but not sure it's working for me.  Sorry cool kids.

I have taken four years of Spanish and am not even close to being fluent but it is on my bucket list of things I would like to be fluent in.

The only two shows I watch late night regularly are Frindge (yes I have a crush on Joshua Jackson from Dawson's Creek) and The Office.  Yes I know that's not late night but when you have a toddler who doesn't sleep in, well it's late night for me.

I use to be fat and even though I have been thin for about 5 or more years it still shocks me when people call me thin.  If you are currious about how I did it, I did not have any sygeries (not that I am against them), or take any crazy pills, I just work out everyday and actually increased the amount I eat but eat small frequent meals.  I also try to avoid high sodium dishes and drink lots of fluid (more coffee and tea then I should, although I have switched to decaf tea only).  When I say I work out everyday, sometimes that just means a walk for 30 minutes.  The key is to do something physical everyday since your metabolism will be higher for 24 hours after you work out.  I am religious about this, I worked out the day I went in to labor, no joke.  Hey its worth it if I get to eat things like bacon :)
Hope you have enjoyed getting to know me better.  Please leave a comment telling me something I don't know about you. 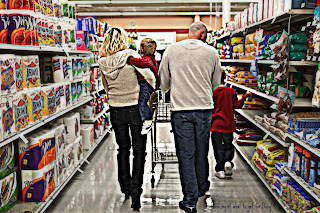